Concerned about suicide? Support is available

Concerned about suicide? Support is available 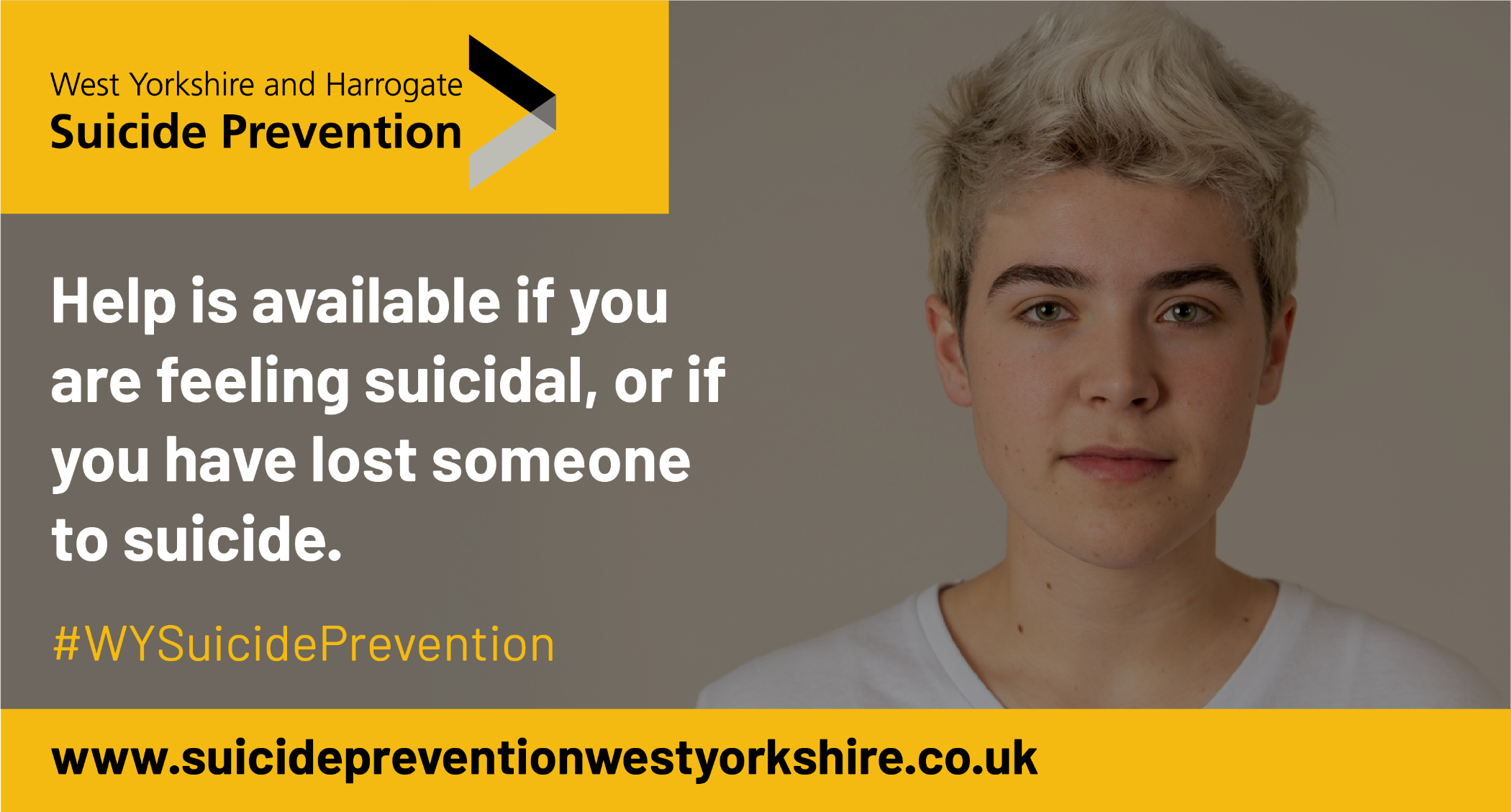 This World Suicide Prevention Day (Friday 10 September) West Yorkshire and Harrogate Health and Care Partnership have launched a  website dedicated to helping people with suicidal thoughts and those concerned for the mental wellbeing of anyone who lives in West Yorkshire.

The West Yorkshire Suicide Prevention website is an information portal coproduced by a group of organisations including voluntary, NHS and local authorities who are all working to reduce death by suicide in the region.

Hundreds of health and care organisations, including the NHS and Councils, have come together with a shared ambition to reduce the suicide rate by 10% across West Yorkshire; this is one of the Partnership’s 10 big ambitions.

“We want to continue to normalise conversations about mental health and suicide. Asking someone about whether they feel suicidal, will not increase the chances of them taking their own life, indeed it could prevent suicide.

“We hope that this new website will make it clear that there is support available and give the right information about where to go for help.”

The launch of the West Yorkshire Suicide Prevention website follows the Partnership’s ‘Check-in’ campaign launched in February this year, which aims to reduce suicide among health and care staff and promote a wellbeing culture by normalising the conversation around suicide. West Yorkshire and Harrogate is the third-largest partnership of its kind in England. There are approximately 260,000 unpaid carers and well over 110,000 staff across the area. The Check-In campaign is continuing to inspire new action and most importantly, it is supporting open and honest discussions around mental health and suicide to take place in the workplace.

You can follow the West Yorkshire and Harrogate Health and Care Partnership on Twitter www.twitter.com/WYHpartnership and also join the conversation around World Suicide Prevention Day using #WSPD2021.

This site uses Akismet to reduce spam. Learn how your comment data is processed.